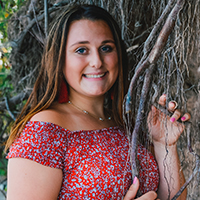 Maggie Bartelt is the daughter of Kevin Bartelt, a loan officer at the Mayville office. Bartelt plans to attend Winona State University where she will major in Social Work and Early Childhood Education. She was active throughout high school as a part of FFA, softball, show choir and art club. In the community, Bartelt participated in the Kewaskum Kiwanis Turkey Shoot, a Rabies Clinic and highway clean up through Kewaskum FFA; and through her local church she helped with vacation bible school and church clean up. 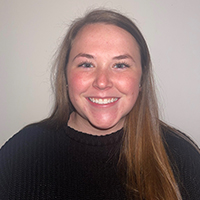 Elizabeth Hayes is the daughter of Jeff Hayes, vice president of lending at the Fond du Lac office located on South Main Street. Hayes currently attends UW-Madison where she is majoring in Communication Science and Disorders. While working towards her major, she has joined the National Student Speech-Language and Hearing Association, where she has the opportunity to volunteer for the Miracle League of Dane County helping children with cognitive and physical disabilities play baseball. 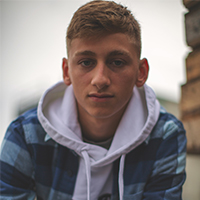 Kadin Jimenez is the son of Desi Jimenez, assistant vice president of operations & project management working out of the Fond du Lac office located on South Main Street. Jimenez plans to major in Supply Chain Management or Marketing at UW-Madison. Throughout high school, he was active in baseball, basketball, National Honors Society, link crew and student council. In the community, he volunteers yearly at the Swan City Car Show. 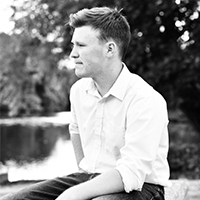 Levi Kesler is the son of Shannan Kesler, team leader of customer service for the Elkhart Lake office. Kesler plans to major in Sports Management at Lakeland University. Throughout high school, he was a part of baseball, where he was captain for two years, bowling, where he was captain for two years, and soccer, where he earned the Newcomer Award freshman year, First Team All-Conference and the Toughness Award sophomore year, MVP junior year and First Team All-conference and MVP his senior year. 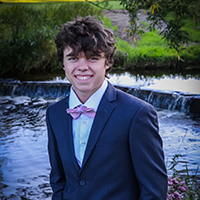 Jacob Mader is the son of Danielle Mader, a commercial loan renewal processor working out of the Campbellsport office. Mader will be attending UW-Platteville where he plans to major in Mechanical Engineering with an emphasis in Aerospace. He was active throughout high school as a part of the cross country team, where he was captain for two years and earned Most Improved Runner, the high school bowling team, where he was captain for one year, a club bowling team, the Science Olympiad, where he medaled every year of participation, show band, and track. In the community, Mader volunteered at the library and tutored 7th graders. 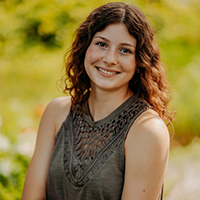 Savannah Manthey is the daughter of Amanda Manthey, a customer service representative at the Pardeeville office. Manthey plans to attend the University of Iowa to major in Pre-Physical Therapy. She was active throughout high school as a part of key club, FFA, National Honors Society, student council, Spanish club, Spanish National Honors Society, Future Business Leaders of America (FBLA), basketball, volleyball, track & field, and class president. In addition to holding positions in many of her extracurriculars, Manthey earned honors and awards such as academic all-conference, top 10% of her class, most improved player, rookie of the year/season, most valuable player and captain. 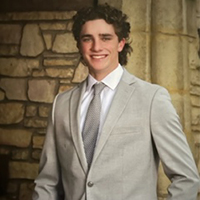 David Mueller is the son of Isaac Mueller, assistant vice president of commercial lending at the Fond du Lac office located on West Johnson Street. Mueller currently attends UW-La Crosse where he is majoring in Sports Management. His goal is to find a career in the baseball industry after graduation. During high school, he was very active in sports as a part of the football, baseball and basketball teams. 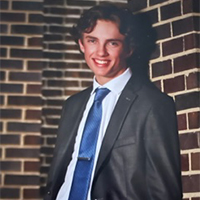 Nathan Mueller is the son of Isaac Muller, assistant vice president of commercial lending at the Fond du Lac office located on West Johnson Street. Mueller will be attending UW-Milwaukee in the fall. He was active in high school as a part of football, baseball, and basketball. Outside of school, Mueller works at Gilles Frozen Custard in Fond du Lac. 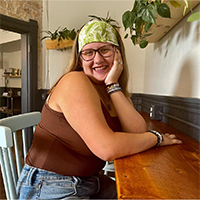 Kate Paltz is the daughter of Lisa Paltz, an operations officer for the business services group and works out of the Waupun office. Paltz will continue majoring in Psychology at UW-Green Bay. After college, she plans to earn her master’s in clinical psychology in hopes of becoming a therapist in private practice. In school, she is active as a part of the psychology club and French club. Outside of school, she is active in the community as a part of the downtown Christmas event and the Veteran Service at Neenah High School. 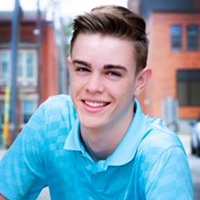 William Riedeman is the son of Jenni Riedeman, a financial advisor at the office located on South Main Street in Fond du Lac. Riedeman plans to attend UW-Platteville where he will major in Engineering and minor in Agriculture and Industrial Engineering Technology. He was active throughout high school as a part of cross country, FFA, where he has been parliamentarian and treasurer, Brandon Tanagers 4-H club, where he has been secretary and vice president, and National Honors Society. Outside of school, Riedeman is involved in many community service projects through his 4-H club.